Why we have problems with ‘foreign’ accents 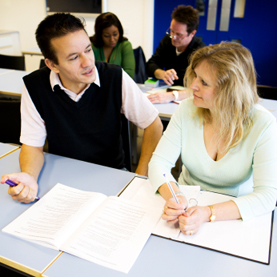 So, you don’t like the sound of that shifty foreign student, eh? Don’t worry, it’s not your fault, it’s your stupid brain playing tricks on you.

Of the many indignities international students endure, notes the Scientific American, accent discrimination may be the most mortifying, in part because it is still widely accepted in our society. New research by University of Chicago psychologists Shiri Lev-Ari and Boaz Keysar suggests that prejudice is only part of the problem. Non-native accents make speech somewhat more difficult for native speakers to parse and thereby reduces “cognitive fluency”, i.e. the ease with which the brain processes stimuli.

Like skin color or attire, accent is a characteristic we routinely use to identify someone as unfamiliar or foreign. But while most people understand that discrimination based on visual appearance is wrong, bias against foreign speech patterns is not universally recognized as a form of prejudice.

The US Civil Rights Act of 1964 prohibits discrimination based on national origin, but says nothing about the subject of accent bias. Moreover, employers who deny jobs to non-native speakers can protect themselves by arguing that a foreign accent impairs communication skills essential to the workplace.

Read more about this…